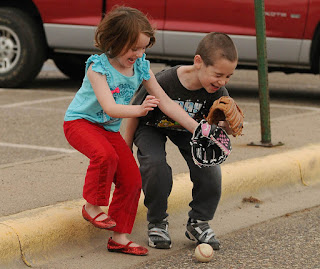 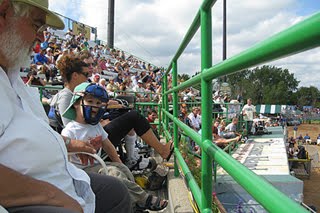 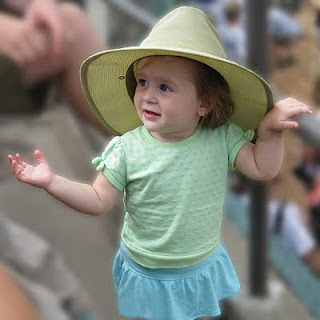 Posted by Nancy/BLissed-Out Grandma at 4:46 PM

It sounds simply wonderful. I am blissed out, too! :-)

Love the pictures of your grand kids. Someday, I hope....

Great pictures of the kids. What a fun thing for them to get to do with you. With 4 of my grandkids playing some kind of baseball from March through the summer those are the games I go to most these days. I'll will get to a couple of Rockies games this summer.

What sweet memories you have and even better, you are passing them on to the grandkids. (Did I hear that they are planning on moving the Saints Field?)

Hi Nancy! That's a cracking picture of Augie and ViMae! I've never been to a baseball game, but it's on the list. Indigo x

Oh, how fun -- we have the Lansing Lugnuts here. Really fun to go to the game -- a different vibe from the majora!

Oh, how I love baseball, and especially our St. Louis Cardinals. On my last trip to Sacramento, I had the thrill of seeing my 6-year old grandson playing! He can really hit, and he's a great little fielder! I love the photo-- good to see ViMae wearing her ruby slippers to the game!