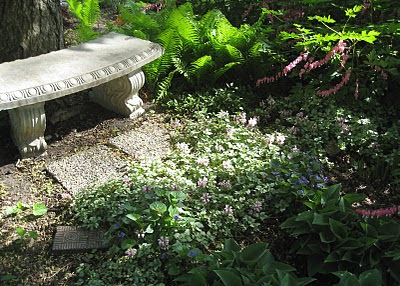 I can't quite believe it, but I have only three days left of working in the office. After this Thursday, I'll be working half-time at home and I'll drop in at the office briefly one or two afternoons a week until December 10, when I officially retire. Funny thing, we've been planning it and discussing it and I've longed for it, but it still doesn't seem real.

It's not like I'm retiring to a life of ease, because as of Monday the kids will show up at 6:45 a.m. every weekday.  Have I mentioned that I don't do mornings? Last year they arrived at about 9:15, which was totally acceptable. This 6:45 thing is a bit daunting.

Truth to tell, I feel a little disoriented.Big changes are in the making, but they are coming in stages. In a way, that makes it easier. In another way, I can't quite focus. So I'm thinking about the silly stuff: I have to figure out which three outfits to wear this week--the most attractive, the most comfortable, or whatever is clean and not too wrinkled!
Posted by Nancy/BLissed-Out Grandma at 2:47 PM 22 comments: