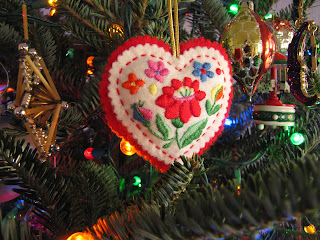 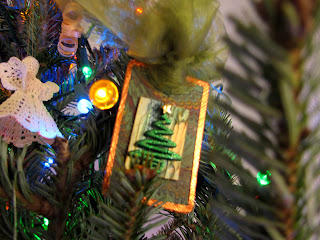 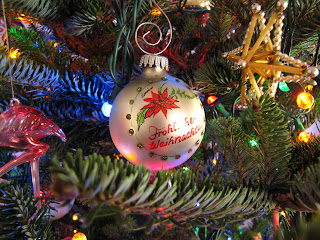 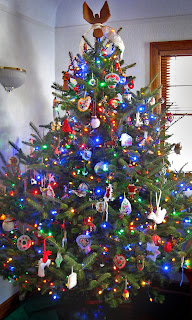 P.S. The heart ornament at top is one of a dozen hand-embroidered ornaments made for me by my mother shortly before she died. The tree with green ribbon was made by Jeanie at The Marmelade Gypsy, and the round "Froliche Weinachten" came from Connie at Far Side of Fifty. There's a story behind it.
Posted by Nancy/BLissed-Out Grandma at 6:57 PM 12 comments: