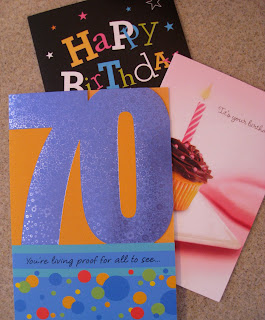 All my adult life, people have told me I look younger than my age. Most of the time I have felt younger, too.

But this year some things have happened that tell me if I want to be a youthful and vigorous 70 I'd better make a few changes.

In June I broke my leg and badly sprained my ankle. I hobbled around on it for 10 days before finally going to a doctor, who put on a giant splint and ordered me to stay off the leg for six weeks. It didn't occur to me that I should have been exercising the rest of my body. Taking advantage of my inactivity, some old fibromyalgia pains flared up. Then I developed shingles--the mildest case imaginable, but even without severe pain it meant there was an active virus in my system.

I spent most of August exercising my legs and ankles and enjoying being active again. When the kids returned for daycare at the end of the month, I was mostly up to the task.

A week or so later, Augie started all-day kindergarten. He spends about 90 minutes with us in the morning playing and having breakfast, and then Peter takes him to school. Without Augie's driving energy ("C'mon Grandma, let's race around the house"), Vi and I settled into a routine of reading, crafting, playing Dragonvale on the iPad, etc. I began to marvel at her newly extended attention span, failing to notice how very sedentary we'd become. 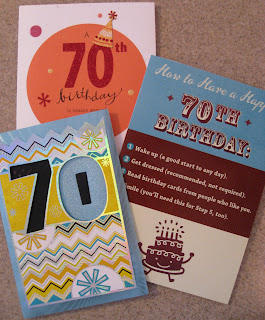 I wrote on January 6 that I'd realized that I lacked energy and stamina, and that after Vi left each day I was resorting to chocolate and naps and ignoring my to-do lists. I made a New Year's resolution to be more active and to eat more wisely. But days later the flu hit me. I was sick for weeks and couldn't bounce back.  I wasn't going to be fitter and more energetic in time for my birthday, as I'd intended. I felt old.

I visited my doctor a couple of weeks ago. She said the flu was affecting lots of people the same way and she didn't find anything wrong health-wise. She was upbeat about my situation but matter-of-factly used the term "de-conditioned," which I found oddly appropriate. She agreed that rebuilding my activity level was a key to feeling better and sustaining good health.

I told her something I haven't yet told you: I began taking tap dancing lessons in early January. I missed a couple because of the flu, and the eight-week class is over now, but I've learned enough to put together a good workout several days a week at home until a new class begins. I love it, and it's one of a small handful of things making me feel better.

Friday my siblings and their families threw a birthday party for me, one of the best gatherings we've had in a long time. My sister flew in from California as a surprise, and she's in town for a few more days. Saturday Peter and I had a fabulous lunch at a favorite restaurant, followed by still-wonderful leftovers for dinner. Sunday we had comfort food with my sister, and tonight we'll have dinner with the grandkids and their parents. We are celebrating my turning 70, and in the process I am reminding myself to be grateful for the privilege. I even bought myself a refill for my planner so I can get back to scheduling and tracking my projects.

Life is a gift. I know how to make the most of it. I just got out of the habit for a while.

Posted by Nancy/BLissed-Out Grandma at 9:21 AM 22 comments: