Okay, I have not carried out my pledge to dance every day in 2014, but I did make it safely through two recitals last weekend, and I smile whenever I think about it. 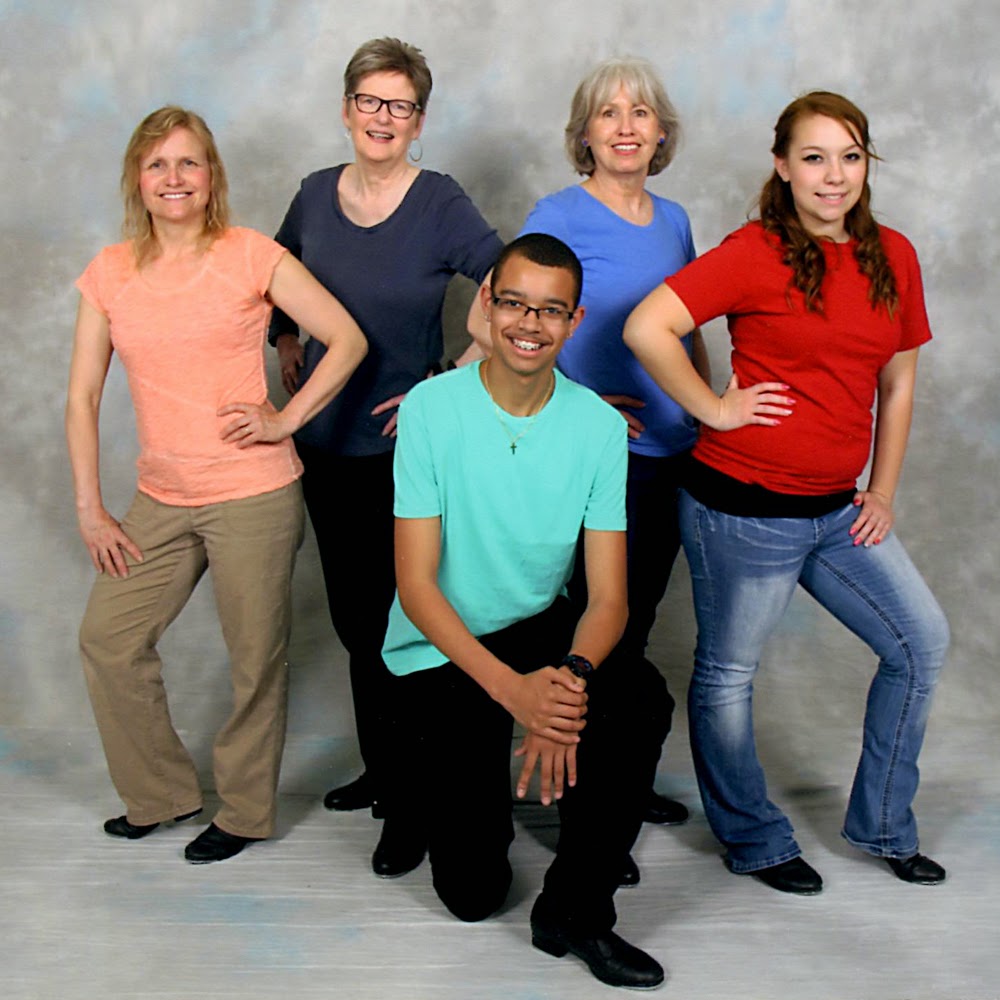 It's not that everything went smoothly. Backstage, young children went stir-crazy, show-runners were frustrated by the recital's complicated format, and many dancers (including me) panicked their way through ultra-quick costume changes. I won't know how our dances looked to the audience until I see the video, but it was fun and it we seemed to do a good job.

Our adult tap class--three enthusiastic women with mixed skill levels and two high-school students who are avid dancers--never made it through an entire practice without mistakes. But in performance our rule was "Keep smiling and keep your feet moving." In our pirate routine, "keep smiling" was replaced by "stay in character." 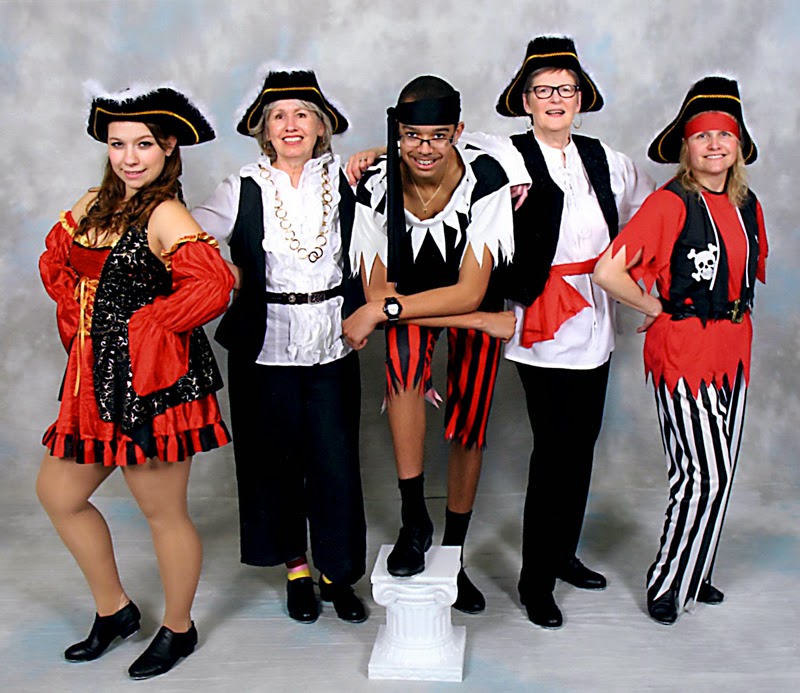 We were cast as pirates because the whole recital was a dance version of the Peter Pan story. In a typical recital, you just bring each class onstage, start the music, and let them dance. This year, the show was a continuous production number. Each piece of music flowed right into the next, and getting onstage exactly on cue was often tricky. Tuesday's dress rehearsal was a nightmare, with the director and teachers struggling to have the right people in the right places (and in the right costumes) at the right times. But at Friday and Saturday's performances, there were only a few minor bumpy transitions.

While I care a lot about hitting my cue and doing things well, it surprises me that I experience no stage fright (unlike when I do public speaking). In fact I had great fun adding little flourishes to my pirate character--a snarl here, a menacing gesture there.

As I left Saturday's show, a woman approached me to say she was inspired by my dancing and was considering joining our class. She said she last took lessons when she was about 5 years old. I told her that was my story, too, and I'd started back last year at age 70. It turns out she is 73. I should have gotten her name so that in case she doesn't register I could call to encourage her.

Just after that, a young man about 30 years old approached. "I just have to tell you that I think you are inspirational," he said. His wife seemed almost apologetic. After all, what he was saying was, "You dance pretty well for an old person." But I was happy for the positive reinforcement.

Here's the secret: I dance like nobody's watching, even when I know that they are. And I love it.

Sometimes I wish I'd rediscovered dancing many years ago, but then I remember. I love it now. This is the only moment I have. I need to get up and dance now.