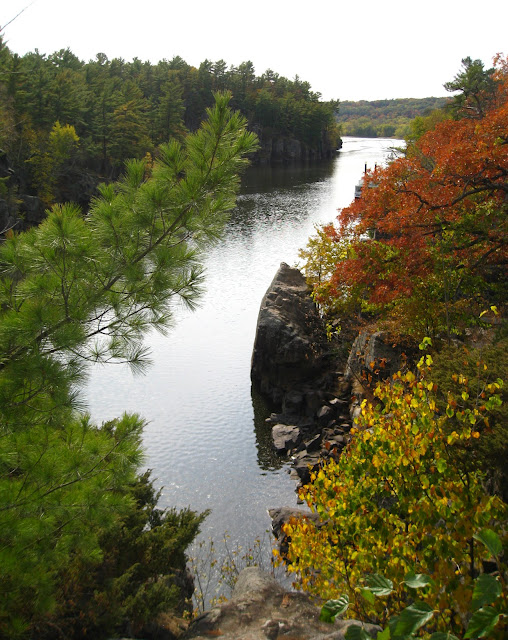 With a late September wedding anniversary, Peter and I often celebrate by driving to the nearby countryside to soak in the glorious leaf color. This year the setting itself was far more dramatic than the color. 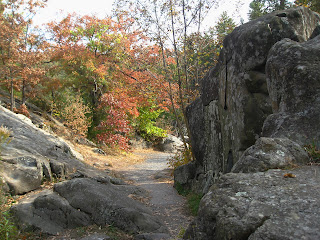 Last Friday, on a lovely warm afternoon, we drove along the St. Croix River to Taylors Falls, Minnesota, home of Interstate State Park. The river forms part of the boundary between Minnesota and Wisconsin, and the park extends into both states. 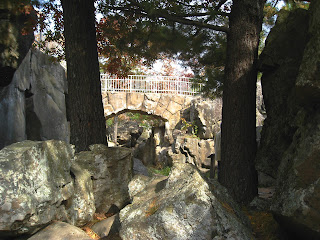 Basalt cliffs at Taylors Falls are just the beginning; the entire area underwent drastic upheaval in the glacial age. Says the park's website: "At least 10 different lava flows are exposed in the park, along with two distinct glacial deposits, and traces of old streams valleys and faults." This isn't a park for strolling; it requires climbing and sometimes picking your way over massively uneven rocks. 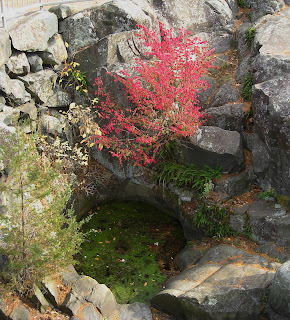 A notable feature of the area is a series of glacial potholes, some of them remarkably narrow and deep. This pothole illustrates another common feature of the park: trees, ferns, and vines growing out of seemingly tiny fissures in the rock. Peter's comment: "Where there's a will, there's a way." 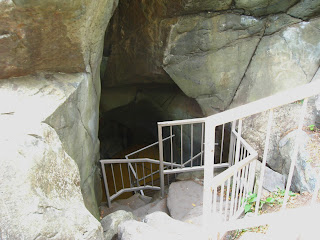 Some potholes have been excavated; others that appear shallow are simply filled in with sand and rock. Scientists hope to excavate one more, the largest in the park. Daily tours explain the potholes, and there is information on the park's website. 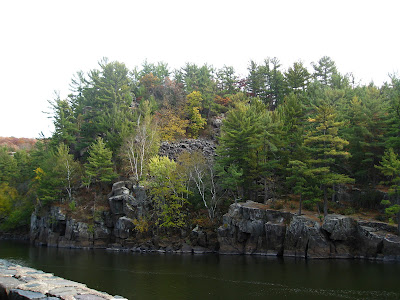 We may go back another year to take a river cruise to enjoy this scenery from another perspective. Glad we didn't try that this year; Sunday's paper noted that the river is so shallow because of drought that the usual 2-hour cruise has been cut to just 45 minutes.