I seem to have taken my 2012 motto a bit too literally. It was this: Life is uncertain; eat dessert first. 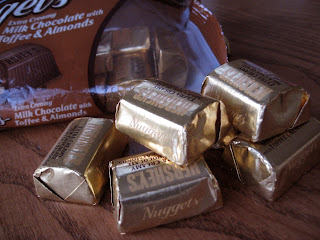 I meant it, of course, as a light-hearted antidote to too much living-by-prioritization, obligation, expectation. I survived a long career and a demanding volunteer commitment using to-do lists, schedules, mission statements, departmental goals and objectives, and, for a time, logging in 15-minute increments the hours I spent on each project.

Having retired in December 2010, I spent much of 2011 in the company of my husband and two grandchildren, providing weekday childcare. I loved it (still do), and I embraced living in the moment with them. But when the kids weren't here, I found myself mentally structuring my days, evaluating my priorities, and feeling a tad guilty when I put relaxation ahead of duty, "want to" before "ought."

To put this into context, let me step back further. In about 1992 I was struggling at work, not meshing well with a new vice president to whom I reported. Meanwhile the carousel that Peter and I rescued and were operating as volunteers required as much work as our full-time jobs. I went to a career counselor for advice, and after some tests and discussion he told me that if I wanted or needed a job change he thought I'd do best to stay in the same field. But with the carousel becoming like a second job, I was burning myself out and needed to build some relaxation into my life.Eventually I did drop some responsibilities at work and a few at the carousel. But I continued working long hours, feeling a lot of stress, and not knowing how to step back.

In the 20 years since that conversation, I have often felt as though I'm still trying to balance work and not-work, not just for today but over the whole period of my life. It's as though some part of me felt that in the long view, life still owed me some down-time. In fact, life has been more than kind to me, but I was looking for a way to stop feeling guilty when I ignored tasks in favor of momentary pleasures.

That's what I was feeling a year ago when I posted the motto about eating dessert first. I wasn't choosing to stop being productive or useful, I just wanted to relax and not feel guilty about it. Ahem. I may have taken it a little too far. In the past few months, I've been much less careful about to-do lists and schedules, and yes, a few tasks have been overlooked while I, blissfully unaware, lounged. I read and commented on blogs, but my own posts appeared less often. And somehow I got into the habit of eating not just a couple of bites of chocolate at about 3 p.m. (always my need-a-lift time) but eating six or eight, the equivalent of an entire chocolate bar. Possibly followed by cookies. And more of the same after dinner. So really, I've been eating dessert first and last.

I can feel the difference, and I don't like it. It is time to eat in a way that sustains my health and my energy levels, and time to get organized again. We still care for the children, I want to be active in their lives, I have a book to write this year, and there are many other things--both work and not-work--well worth doing.

I will tell you a bit more about that, but this post is already long enough. So let me just say Happy 2013, thanks for stopping by, and I promise I won't wait so long to post again.