Eleven carousels in four days. I rode them, photographed them, discussed them, and in a few cases fell in love with them. 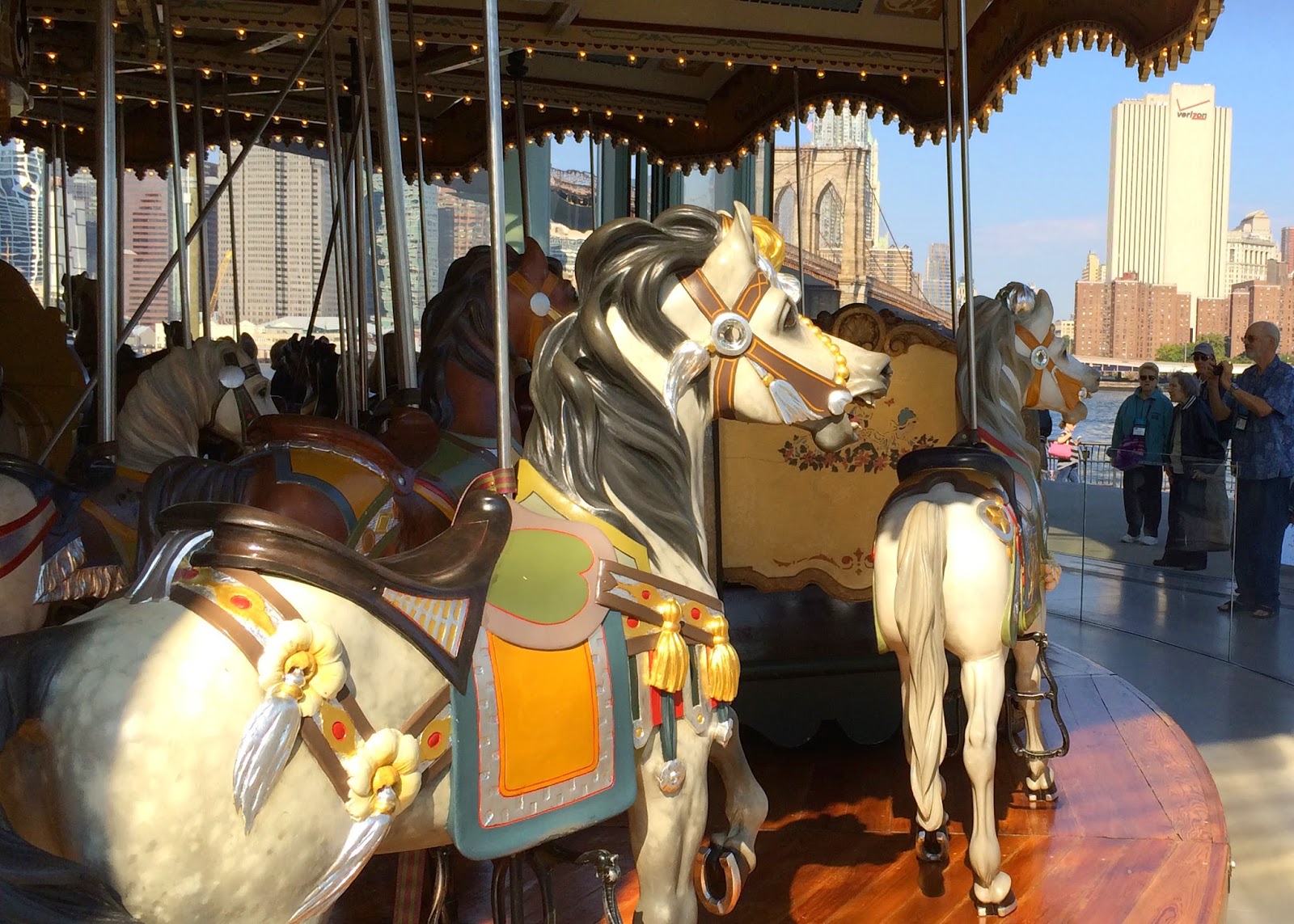 The occasion: the National Carousel Association convention, this year centered in New York City. Peter and I have been involved for 26 years with this group, which works to keep antique carousels operating. But this was my first convention, joining more than 200 carousel aficionados to visit selected antique carousels. The schedule is always packed, and long bus rides are inevitable. (Not a fan of bus rides, Peter stayed home.) 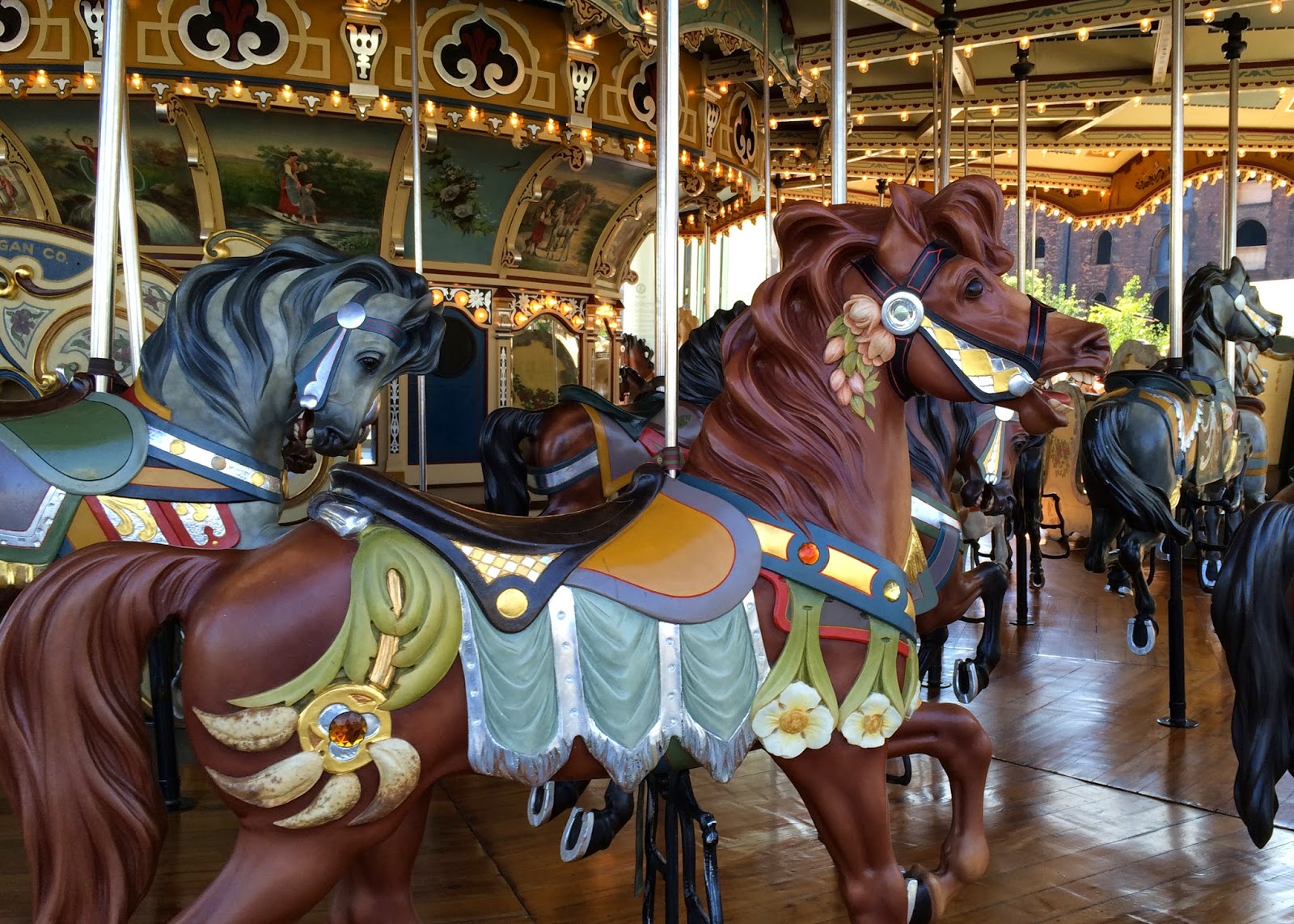 The most spectacular setting, by far, was Jane's Carousel in Brooklyn, virtually in the shadow of the Brooklyn Bridge. Riders enjoy spectacular views of the East River and Manhattan (see above and the header).

Jane Walentas, for whom the 1922 carousel is now named, is not the idle rich dowager I'd imagined her to be. An artist married to a real estate developer, she rescued the carousel at a 1984 auction in Youngstown, Ohio. Then she spent 26 years restoring it so her husband could make it the crown jewel of a revived Brooklyn area known as DUMBO--Down Under the Manhattan-Brooklyn Overpass. And it's beautiful. She has used subtle colors the original painter would have used--the same man who painted all the horses on the carousel we operate at Como Park. Jane's Carousel is a younger sister to ours, both built by the Philadelphia Toboggan Company. 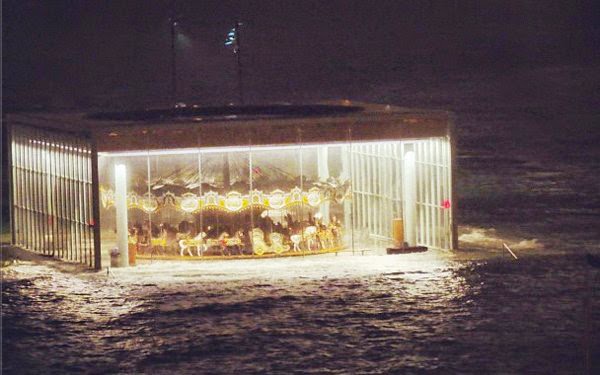 Remember this media image from Hurricane Sandy? Jane's Carousel looked like a fragile gem about to be swept away. But its acrylic jewel-box building held, the carousel was undamaged, and its lights stayed on--a solitary beacon through the storm. I was excited to visit this carousel but I didn't know whether I was going to like its unusually modern home. In fact it's perfect. If you're ever in the neighborhood, be sure to stop by. And you can see more at Jane's Carousel website. 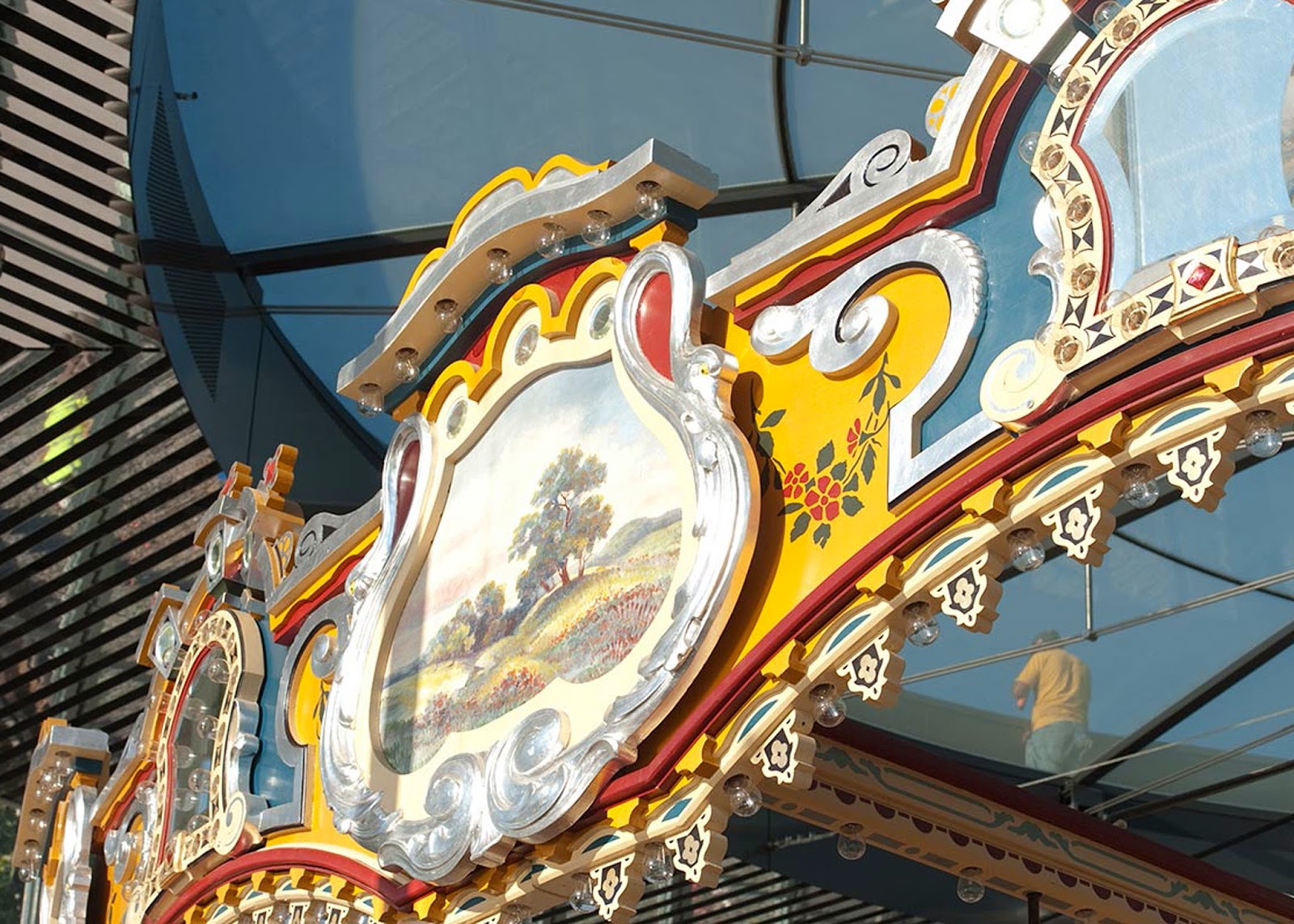 I'll be back in a few days with a couple of  other very special carousels from this journey. I leave you with this shot, from Jane's site, of the overhead rounding boards. All the scenery paintings are original; Jane restored them by removing layers of old, darkened varnish. 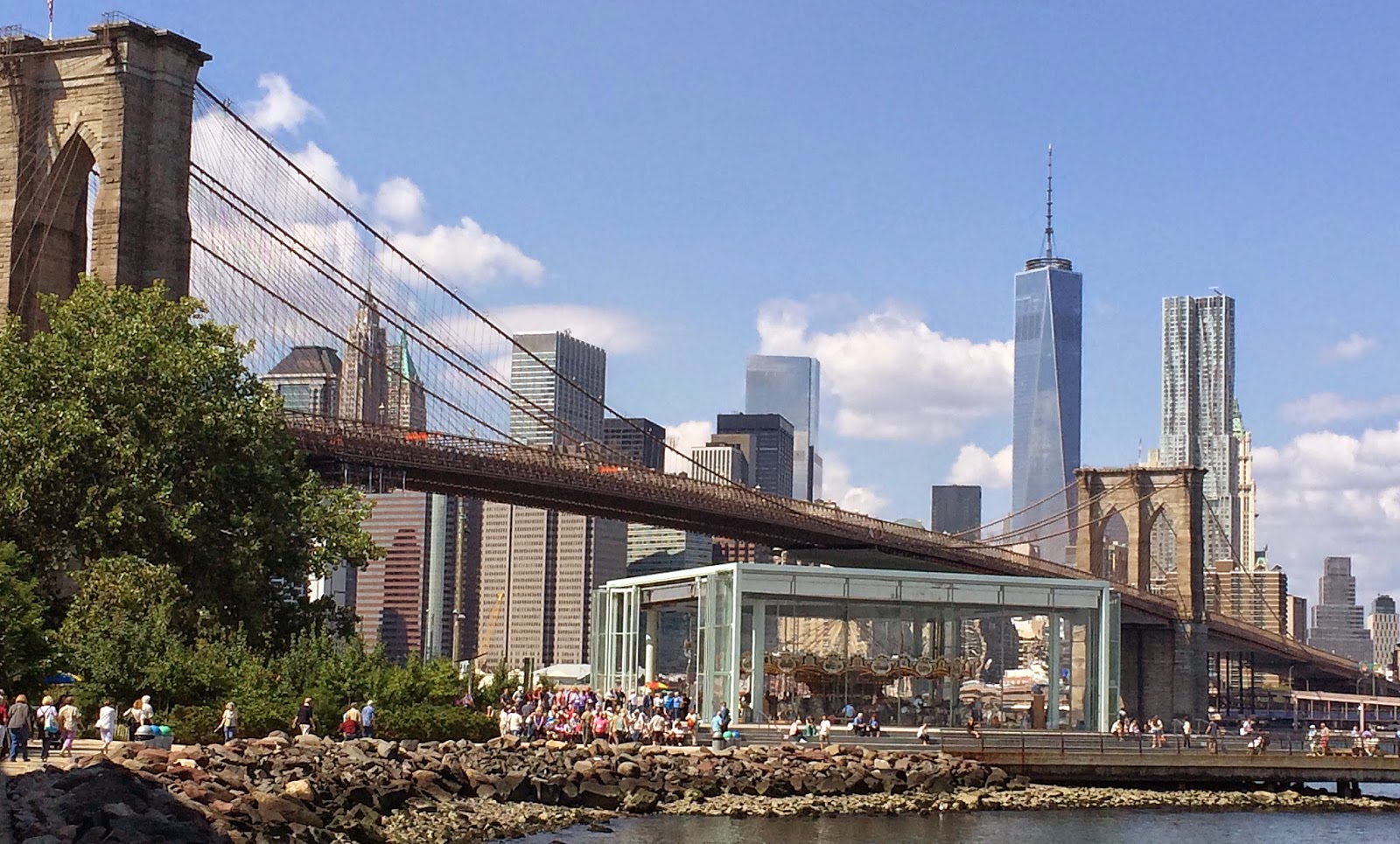 Note: when this post first ran, it was accompanied by this photo, cropped and used as a header.