What I can't write is a simple message on a greeting card.

At the office, they pass around cards for birthdays, babies, retirements, illnesses. All I need to do is jot a quick greeting and sign my name. You know, "Have a great one!" or "We'll miss you!" or "Feel better soon." But by the time it gets to me, all the good ones are taken. Or I'm first and I just know everyone else will judge what I've written.

Oh no, I can't do this. I'll just set it down for a minute and come back to it. An hour later somebody wants to know where the card for Suzie is because we need to keep it moving. 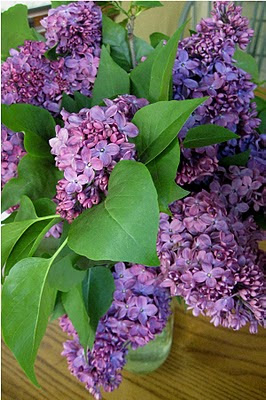 For the past three weeks, I've had this card sitting on my desk at home. I chose the photo and printed it on a large matte greeting card. Then I said to my hubby, "We need to write a wedding message to Nick and Molly."

In fairness, I've already written three...one for a printed coupon from the Honeyfund site, where I choose a small portion of their trip to China to support as our gift. A second message in a card that went around the office. A third in a notebook where we each wrote "advice" for a happy marriage, as if we know more about it than they do. But none of those messages said what I really want to say.

These two are smart and funny and conscientious and kind. They are great together and good for each other. We are nearly as excited about their wedding as we were about our daughter's. There, I've typed it. It's not that I don't know what I want to say...maybe it's that I can no longer think with a pen in my hand.

Which is funny, if true, because when I first tried to compose at the typewriter, I could. not. do. it. I wrote college compositions by hand on notebook paper and then typed them. Tonight I'll do the reverse. I'll copy my typed sentiments into the card by hand, and we'll sign our names. Crisis averted.
Posted by Nancy/BLissed-Out Grandma at 3:23 AM 22 comments:

We’d met at a business meeting April 15 and had several meetings and a lunch date. He went out of town for a conference, and then we made a date for dinner.

He showed up with a box of Frango mints from Marshall Field in Chicago, happy to show he’d noticed when I said I liked them.

He also brought a bouquet of mixed stems…a large allium, a blue delphinium, a handful of pinks and purples and whites and greens. I popped them into a vase, thinking I shouldn’t dawdle. But he arranged them, saying we should take a moment to appreciate them at their best. It was a point he would make often.

The day had been sunny and warm, and the restaurant seated us at an outdoor booth, with an open arbor above our heads. Before long, it began to drizzle. He went off to ask that we move indoors, and when he came back he sat next to me, protecting my head with his jacket while we waited for an inside table.

Pointing out that he had revealed more about his life than I had about mine, he asked many questions. When I told him at some length about my mother, who had died five years earlier, I found myself crying a little. Damn. What is this? I hardly know this man, and yet I’m so unguarded I’ve slipped right into tears. On our lunch date, he’d had a catch in his voice while talking about his father. At the time, I’d been a little skeptical about his sincerity, but here I was, and I knew I was not playing a game.

He called a couple of days later. It was Memorial Day, and he was taking his nine-year-old daughter to roller-skate around one Lake Harriet. Abby skated while Peter and I walked, and we stopped periodically to chat. She was bright, energetic, mature, polite, and charming. I couldn’t tell what she thought of me, but she was being nice and I hoped we were hitting it off.

Apparently she hadn’t thought much of some of the other women he had dated. And there were lots of them. He told me he’d spent the last couple of years looking pretty seriously for someone to settle down with. I wasn’t looking; I had learned to enjoy my own company, something I thought everyone should be able to do. I had settled comfortably into single life with two cats in a house I’d just purchased, and which I loved.

We made a date for the following Friday night, and then the Thursday after that. On one of those evenings, we went to a Mexican restaurant and emerged into one of those long Minnesota evenings when the setting sun turns half the sky rosy red. As we reached the car, he said, “I’m going to throw a monkey wrench into your well ordered life.”

I felt my face blush as red as the setting sun.
Posted by Nancy/BLissed-Out Grandma at 1:00 AM 27 comments: