My parents' anniversary was August 31, and their birthdays were September 4 and 7. Those days became a significant trinity early in my life, and that hasn't changed. Whatever else is going on at this time of year, I find Mom and Dad on my mind, gently reminding me of family, origins, and home.

August 31 this year was the 75th anniversary of their wedding. When Mom was in her 60s, several of her friends celebrated their 40th anniversaries, and she seemed taken with this milestone--almost jealous, and certainly looking forward to getting there as well. She was diagnosed with colon cancer just after their 38th anniversary, so the 40th took on a new significance. But she died a week before, and when August 31 came, just after her funeral, my Dad and I couldn't even bring ourselves to speak of it. I hadn't really kept track of the years until my brother Allen noted that this was the 75th. They were a well matched pair, I think, and they both worked hard to give their six children a good start in life. 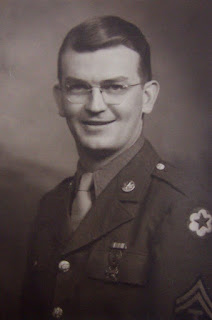 September 4 was an even bigger milestone, the 100th anniversary of my dad's birth. He died just five years ago, frankly amazed to have lived so long. His parents and sister had all died quite young, and he seemed to be aging quickly so he retired from work at age 62. He reached a point at which he had been retired for the same number of years (33) he had held his job! When Mom died just a couple of years after he retired, he married a long-time widow he met at a church spaghetti supper. She complicated our lives, and that's all I'm going to say about that. 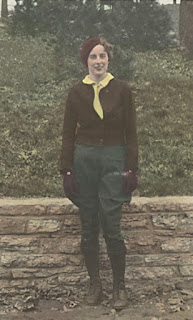 September 7 was Mom's birthday, and had she lived she would be a feisty 99 this year. For many years Mom and Dad celebrated with a group of friends who also had early September birthdays. It occurs to me that of the 10 or 12 people who gathered (for lutefisk, lefse, and Swedish meatballs) just one is alive today, and she turned 104 on Saturday. She is still alert, happy, and loving, and she credits her longevity to her lifelong habit of walking long distances. I think good Italian genes might also have something to do with it.

Our families spent a lot of time together while I was growing up, and now this lady calls me periodically to catch up and to tell me she loves me, and my siblings. I didn't make it to her birthday party Saturday, but I will drive the hour or so to visit with her in the next few weeks. Her children and grandchildren treasure her and know how lucky they are to still have her with them. And just now I think another hug from her would be a perfect gift from home.

Posted by Nancy/BLissed-Out Grandma at 11:57 AM 11 comments: