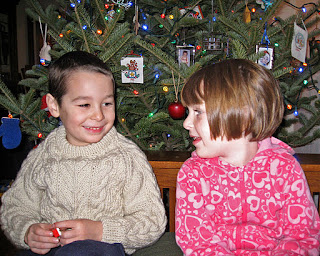 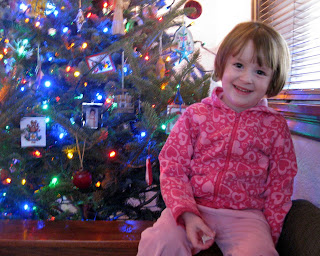 Posted by Nancy/BLissed-Out Grandma at 1:45 PM

I believe I'll tune in to that music. Thanks!

What a beautiful day!

Choir of Kings College has become the soundtrack to my Christmas. So holy, so beautiful. Thank you for the details on how to hear this today!

Happy Happy Christmas to you and yours!

My, those two little angels are growing up! Merry Christmas to all of you!

Such cute grandkids!
I think I'll go over and listen to the BBC while I make some cornbread.

Merry Christmas to you and your family!

Merry, merry Christmas. And thanks for the bonus pictures. You are a special friend. :-)

I think we were listening to the same thing! Merriest of Merries -- I know it must have been by those lovely children's faces!

Our soundtrack to Christmas has traditionally been Bing Crosby but in the spirit of beginning new traditions for our own family, I think I will add that one to the list. Thank you for the info!

We became grandparents for the 1st time on Christmas Day, so we have all this fun to look forward to!!