Deciding what we eat 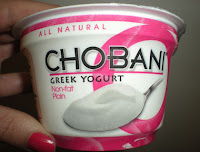 As I approached the grocery store dairy case, I saw what appeared to be a mom and her teenage son, both gazing at the yogurt shelves.

Their body language spoke volumes. She had her feet planted and hands on her hips as she peered at every carton on the shelf. He was a step behind her, bouncing on his toes like he really wanted to leave.

I didn't hear her response. What I want to know is, who decided? Who decided that 95 percent of the space formerly given to perfectly good fruit-on-the-bottom yogurt is now devoted to (1) Activia and its imitators and (2) something called “Greek” yogurt?

Activia I understand, sort of. Jamie Lee Curtis is all over the airwaves promoting the stuff, so even though I don’t eat it, I am willing to believe that others have been persuaded to do so.

But Greek yogurt? I have yet to see a single ad telling me what it is and why I should eat it. I’m pretty sure I didn’t just happen to miss them. And I am oddly insulted by this. I feel as though it suited somebody’s business purposes to create this stuff and – what? People would just start buying it?

They may be right. After not being able to find our regular Dannon yogurt in flavors we wanted, or an acceptable substitute, I tried Greek yogurt. It was richer than Dannon, and I liked it. Peter did not. I tried another brand; same results. As I write this, I’m trying a third brand, which I dislike intensely. I won't even suggest it to him.

Somewhere along the way, Peter and I Googled Greek yogurt. Wikipedia says the generic term is “strained yogurt” and that it’s produced by straining out the whey, making the resulting product thicker, richer in protein, and lower in sugar and calories. 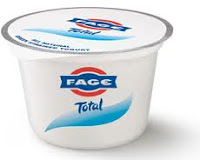 Also from Wikipedia: Most of the recent growth in the $4.1b yogurt industry has come from the strained yogurt segment. The term "Greek yogurt" has become synonymous with strained yogurt due to successful marketing by the Greek Fage brand, though strained yogurt is a staple in many countries besides Greece, and most yogurt in Greece is not strained. "Greek-style" yogurts are similar to Greek strained yogurt, but may be thickened with thickening agents.

I wasn’t even going to try this stuff, until my store included it in a promotion they’re doing and, ahem, by trying these new brands I could get more chances to win a prize in a so-called Monopoly game.

Bottom line, I like some brands of Greek yogurt well enough (especially Chobani), and it seems that with more protein and less sugar it’s better for me than the Dannon I had been eating. But why did it just sneak up on us? Why are we inundated with Activia ads but had to use Google to learn about Greek yogurt? And what will Peter eat, now that nobody carries Dannon peach-on-the-bottom?

Like the teeager said to him mom, "That's how they make it now." And then he added, "You'll just have to get used to it."


P.S. I just found a story saying that Chobani has become the market leader thanks in large part to social media, and that they are hiring a new advertising agency, presumably to reach non-tweeters like us.
Posted by Nancy/BLissed-Out Grandma at 4:58 PM

I just bought Greek yogurt for the first time this week, too. I found Chobani at Costco. It's definitely different, but I like it. And I appreciate the fact that it doesn't have quite as much sugar as some of the other brands.

I haven't seen much advertising for the Greek stuff, either. People at work started eating it, and that's how I heard about it. I think it's popular w/ dieters b/c of the high protein, low calorie factor.

I have to say, I stopped eating yogurt until I found Greek yogurt. I buy only the Greek Gods Hermes brand. It comes traditional and traditional with honey (my favorite). There's also blueberry flavored, strawberry flavored and now I see a vanilla/honey flavor. Check out www.3greekgods.com for more info. It's all natural and, I think, very flavorful compared to other brands I've tried. I'm hooked. Try a small bowl with fresh raspberries on top and it's, for me, pure heaven.

I don't eat yogurt very often any more. You've just given me an idea for a new post, explaining why. But now I'm curious as to what Greek yogurt tastes like. Maybe it's the new thing for me. Thanks to Teresa for the link.

Fage plain yogurt is my favorite yogurt, and is delightful on baked potatoes or mixed with strawberries. I enjoyed this post.

Ah, you haven't been watching your Dr. Oz have you? That's where I first heard of Greek yogurt - he was touting how healthy Chobani is and then I guess it took off. Regardless, I really like Chobani but it is expensive and so I sacrifice other things like meat. (not really a sacrifice for me though) My favorite is Brown Cow or Strauss but they don't sell them out here.

You can make your own Greek yogurt, too (that's what your daughter does). =) http://dinersjournal.blogs.nytimes.com/2010/03/17/greek-yogurt/

I tasted Greek yogurt for the first time at Starbucks, with granola. I loved it.

I learned about Greek yogurt at Weigut Watchers. Now I am a huge fan. Especially the Fage brand.

I like Greek yogurt, which is a good thing since I have noticed just what you are talking about...
it has just about taken over the yogurt aisle at the grocery store. I hope you find a brand that Peter likes.

First tasted yogurt in Turkey in 1957 and have been a fan ever since.
een straining regular yogurt for years to make it thicker. I use it to make tzatziki, curry, over vegetables, lentils, with honey and lots of other stuff. Now with Greek yogurt on the market it is a great time saver, not to mention the taste is ever so much better. American companies are now making Greek style yogurt, my favorite is Cabot Creek.

let us know if you try to make your own:)

I do not like yogurt..I cannot get it swallowed...I think it must be a texture thing..I cannot handle Cottage Cheese either..that makes me puke:)

I nearly fainted with joy when I first tasted it. Whole Foods Market carries it, but they always sell out. get there early.

My personal trainer convinced me to quit eating regular yogurt and switch to Greek yogurt. It has 15 grams of protein which is pretty much like drinking a protein shake. Now I'm addicted and probably eat 2 or 3 greek yogurts a day.

I've been eating Chobani for months. I buy it at Costco's. The reason I started was because way back in 1993, I spent three weeks in Greece and, being a vegetarian, had Greek yogurt every day--most of the time with honey mixed in.

Chobani doesn't taste quite as wonderful as the taste I remember of the 1993 yogurt, but it comes close.

I'm so glad to learn about Greek God Hermes from Teresa and Lo in their comments. Now to find it here! This blog provided a great discussion. Thank you, Nancy.

I've tried Greek a couple of times and honestly I'm not that big of a fan! AND, to me, it is NOT worth the extra $$!

I saw my first commercial two days ago. I was sooo glad I had already read this... and that you posted it.