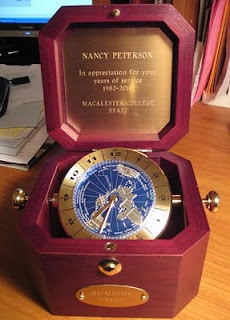 I was privileged to be part of the life of Macalester College for 28 years as publications manager, writer, and editor. At my retirement party Wednesday, our current president told the guests that in many ways I've been Macalester's voice for all that time. That's high praise, because it's been a period of fairly remarkable achievement for the college. He and others said very nice things about my work. (When one of the higher-ups said some really nice and perceptive things, it flitted across my mind that a couple of years ago he wasn't nearly so generous in his assessment. But we've worked together well since then. In this moment, it sounded like he was the head of my fan club, and I chose to believe that he meant it.

When it was my turn to speak, I said that when you've worked on admissions materials for that long, you can't help taking pride in the students who enroll. When you've worked on three fund-raising campaigns, you look around at the new buildings, programs, and scholarship funds and think, "I helped make that happen."

For every student who chooses to enroll, and for every donor who makes a significant gift, hundreds of people have worked in thousands of ways to make it happen--not just to reach out to that individual but to create an institution worthy of their choice. That fact doesn't diminish the satisfaction we feel. It's shared work, and shared satisfaction. (When I said that, a lot of people were nodding and smiling in agreement.) 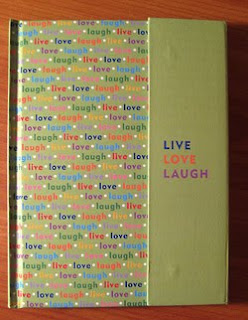 I went on to say that just as I've been part of the Macalester family, Mac has been part of my family, affecting three generations. While representing Macalester at a meeting in April 1985, I met the man I soon married. He continues to work for the college as a vendor and has participated with me in many college events. A generous tuition assistance program among a consortium of colleges enabled our daughter to attend a wonderful college where on her first day she met the young man she would marry 11 years later. And my bosses' willingness to let me work reduced and flexible schedules in order to provide daycare for the grandkids has benefited them, their parents, and us.

A colleague spoke up and thanked me for hiring her. That reminded me to make one more point: I think part of my legacy is the good people I hired over the years, including six who continue to work there. (I also served on advisory committees that played roles in hiring three others, including the president.) Finally, I reminded everyone that I live just three miles away and expect to stay in touch. (I know, everyone says it. But I will, with some of them.) I think I ended with something funny that got a good laugh, but I can't remember what it was. 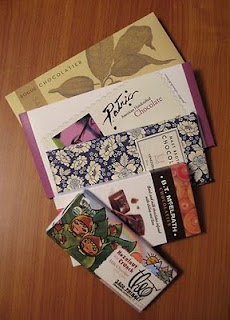 There were gifts (a fancy international desk clock, some things to enjoy with the grandkids, a stash of chocolate, a bottle of  lemoncello, and a lifetime supply of purple pens), and a book in which my colleagues had pasted messages from many people, and in which party guests wrote greetings of their own.

Several times during the party, I felt a little wave of relief and joy. "I'm done; I can relax now." I totally enjoyed talking with all the folks who came. Some were very special to me, including a former Macalester president and vice president, and one of our major donors. The grandkids behaved charmingly, and every time I was asked "What will you do now?" I could point to them. The Alumni House was decorated beautifully for the holidays, and the food looked elegant, though I didn't get around to eating any until the last few minutes. Eventually we packed up the gifts and cards and drove home, where I blogged about how tired and happy I was.

Thursday morning while reading the book of messages, I had my one twinge of nostalgia..It was gone in a flash. 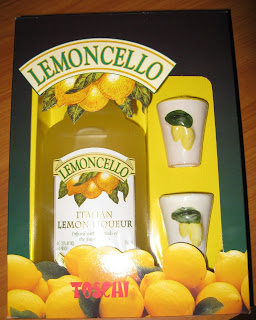 Thursday afternoon I drove Augie to preschool and then showed up at the office at 1:15, as usual this past few months. I told everyone how much I had loved the party--every minute of it--and how good it made me feel. I participated in a couple of meetings to hand off continuing projects. I told my two bosses how glad I was to have worked with them the last couple of years, after some bad years with a previous boss, and they returned the compliment. I walked across campus to turn in my keys and trade a staff ID for a retired staff ID. Then I tossed my remaining possessions into a large box, took a big framed poster off the wall, and put on my coat. Several co-workers gathered around to say goodbye. I'd been nervous about this moment, but it was smiles and hugs all around and then two colleagues carried my stuff down to the front door. One last hug for the guy who helped me load things into my car, and I was behind the wheel.

I was smiling as I pulled away from the curb and noted that it was exactly 5 p.m. No twinges of sadness, no emotional welling up. Just immense satisfaction.

Peter and I went to dinner at Olive Garden so I could celebrate in the happy glow generated by my favorite cocktail, their strawberry lemoncello martini. He said, "I hope your retirement is everything you've hoped for."

It sounds like you are feeling the satisfaction of a job well done and looking forward to what comes next.
Congratulations.

Our career path was different, but our positions were similar at the end. I held the title of Publications Editor more than once during my thirty years at the National Center for Atmospheric Research, and I also stay in touch with many I helped to hire.

You are now ready to begin! I look forward to hearing how it developed for you, Nancy. I had to move away to actually retire, or I would still be working, of that I have no doubt. You seem to know exactly how to stay in place and still do your own thing! Kudos!

Congrats! It sounds like you had a wonderful send-off. Enjoy those grandkids!

Congratulations!!!!!!! It sounds like you had a wonderful send off. I can't wait to read about all your adventures to come :)

Congratulations, Nancy! What a wonderful feeling to be entering the next chapter in your life with such a sense of satisfaction and no regrets! Enjoy!

Congratulations! My daughter's best friend from high school attended Macalester. It sounds like it's an awesome place.

And a great place to retire from.

Congratulations
very nice post sharing about your retirement
blessings to you on this new journey (o:

I think your speech was beautiful, giving credit to all who work to make these great communications pieces happen. Just what one would expect from "the voice"!

Sigh, and now...so much is open to you. I know this will be a rich time of your life!

Nice final talk. Much joy in your retirement and congratulations on your considerable acheivements. You can be proud of all you did to grow the college and the staff. And now you can put all that creative energy into building the life you want at this stage. Good for you!

A wonderful, thoughtful post about your last day. Now begins the rest!

The essay component of college and university admissions is often the most difficult for high school students to prepare. Applicants must demonstrate knowledge of themselves as much as of the craft of writing, and will likely need help.Visit this site:

A job well done, a retirement well deserved! Congratulations! Here's a lemoncello martini cheers to you! (Mmm...excellent drink choice, too!)

Wow! You got a wonderful send off! I know you must be so happy!

What a wonderful career you had, and how gratifying to have touched so many lives!

Congratulations on the wrap-up party, and enjoy every minute of your retirement!

Awww. I'm so emotional reading this post today. I'm so thrilled for you! What a wonderful send-off, and I'm so glad your milestone is officially here. Great times are ahead in the next chapter with the grandkids, I'm sure. Enjoy it! You so obviously deserve it!! :) Hugs.

What a perfect closure to one part of your life, and a perfect launch into the next. It's a joy to share with you.

Beautifully written granny. I smiled and even teared-up while reading it. I have a daughter who is in her 40s. She retired from education after putting in 30 years -- working for the treasurer -- often as the treasurer; and, she loves retirement so far. It is so different. She spends a lot of time here. Our other daughter (the baby is 37) and her daughter (her baby is 10) and "Baby Kitty" (their cat) all moved back home as the husband turned out gay and ran off to live with the loves of his life. So she had to come home and the retired one loves to see the 10-year old granddaughter in action. I suppose it brings some relief to know that the retired one helps mom and dad in many ways. I know you are going to enjoy this new way of life. Congratulations.

You did it! Congratulations on your new place in your old world.

What an interesting and fulfilling career you had. Interesting to read about your evening of tribute.