Since our initial meeting in April and our first lunch date in May, Peter and I had had three dinners and an afternoon walk around Lake Harriet. Then I spent a weekend at my family’s cabin, and when I got home Sunday evening, June 9, he called and asked to come over.

“Nope,” I said, “not possible. I haven’t showered all weekend. I have fish guts on my jeans.”

I could have used that half-hour to wash my hair or change my jeans. Instead, I read the mail, checked the newspaper headlines, fed the cats. When he arrived, I told him that with any other guy I’d dated, I would have rushed to clean up. “That’s a good sign,” he said. “You’re comfortable with me.”

We went to dinner Monday night, and on Tuesday he got tickets to The Magic Flute. 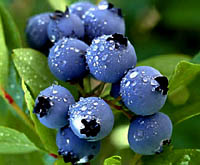 Then I took a Really Big Step: I invited him to the lake for the weekend. I loved our rustic cabin “up north,” as we say in Minnesota. It was my escape, my sanity, my connection to nature. I never invited casual friends. This seemed too soon, but if he didn’t like it I may as well know now. I explained it carefully (no electricity, no running water, nothing fancy) so he’d be prepared. On Thursday evening we shopped for groceries, stocking up appropriately and added a few treats, like the hard candy that—like my Mom before me—I tucked into my pockets before going fishing.

We left mid-afternoon Friday; the drive would take about four hours. There was small talk, of course, but he directed much of our conversation to our relationship. He liked that we could be equal partners; we were well matched intellectually and I had enough confidence to stand up to his strong New York personality. I liked, a little too much, the fact that he was already keeping house for himself and Abby, and he said if we ever got together he would just keep on doing the cooking, laundry, etc. 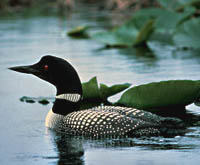 I loved that he laughed at my jokes; we really enjoyed each other’s senses of humor, including puns and wordplay. At one point, about halfway to the lake and just before we stopped to buy bait, he was talking about…something, and I didn’t have much to add. I heard myself say, “One is as voluble as the other is taciturn.” It was an observation, not a joke, but it cracked him up. Even a straight line can be humorous when two people get each other.

He was 37 and had remained open to the possibility of having more children if he met someone who wanted them. At 42, I didn’t. He said he’d get “snipped” if I was committed to the relationship; I didn’t have to answer right then. I was both moved and taken aback by how quickly he was moving into serious territory, when to me everything was still so new and unexpected.

There would be other surprises that evening.
Posted by Nancy/BLissed-Out Grandma at 11:11 PM

Wow, your relationship moved right along, didn't it? Unbelievably fast!

It just tickles me to hear about a real life, long-lived marriage love story! Hooray for you, hooray for him, hooray for real love! And thanks for sharing the story.

What a wonderful love story. More surprises? Do we get to know what they are or is this a secret surprise?

I figure I'll get to know, since you mentioned it as a teaser into another post. :-)

It sounds like he had his mind made up very early on. Maybe you did too, since you invited him to the lake. Looking forward to more surprises.

Keep this coming! I LOVE your love story. And really jealous of the lake cabin too.

This is a beautiful story-- can't wait for the next installment! Every element is just lovely and inspiring! More, please!

That was a fun read
a glimpse into your life
I grew up spending many weekends at my best friends folks cabin. One room. Same extras as yours...nothing. So when people talk about staying in a cabin...I always think...excuse me that 2 story, all the luxuries included, is not a cabin. (o:

Oh, by the way I love the BD pictures. So sweet (o:

This is SO much fun! Keep these coming! I love how you kept us in suspense even though we know the ultimate outcome!

I gave you a blog award today... Click here to check it out. No response needed unless you want. Just know I appreciate your blog!

What a wonderful story. I really enjoyed the photos as well. Stopped by from WOW to say good morning.

I loved reading this. He sounds like a fantastic guy.

Things moved pretty fast but I guess when you know you just know right? I want to hear more please!

Sounds as if you both knew a good thing when you saw it! Fun to read your story (all the parts).

What a lovely down to earth love story..I will read on..:)

i hope you washed the fish guts off your jeans before you went to see the magic flute....